Trending
You are at:Home»Tech»Why Asia’s Tech Giants Are Investing in U.S. Startups

Asia’s wealthiest technology companies are leading a wave of investment in U.S. startups with the hope of gaining a toehold in Silicon Valley and taking some hot new products home.

Those high-price deals followed an investment playbook that is becoming common for the Internet giants of China, Japan and South Korea. Motivated by intense competition and powered by mounting piles of cash, the Asian companies are showing a willingness to spend big for access to some of the most promising technologies, investors say.

The uptick in Asian investments adds to the flood of capital now washing over U.S. tech startups as investors from hedge funds to mutual funds vie for equity in private startups that are waiting longer to hold public offerings. That competition for deals is driving up the valuations of young companies with unproven business models and raising risks for investors.

Learn About the Companies Valued at a $1 Billion or More 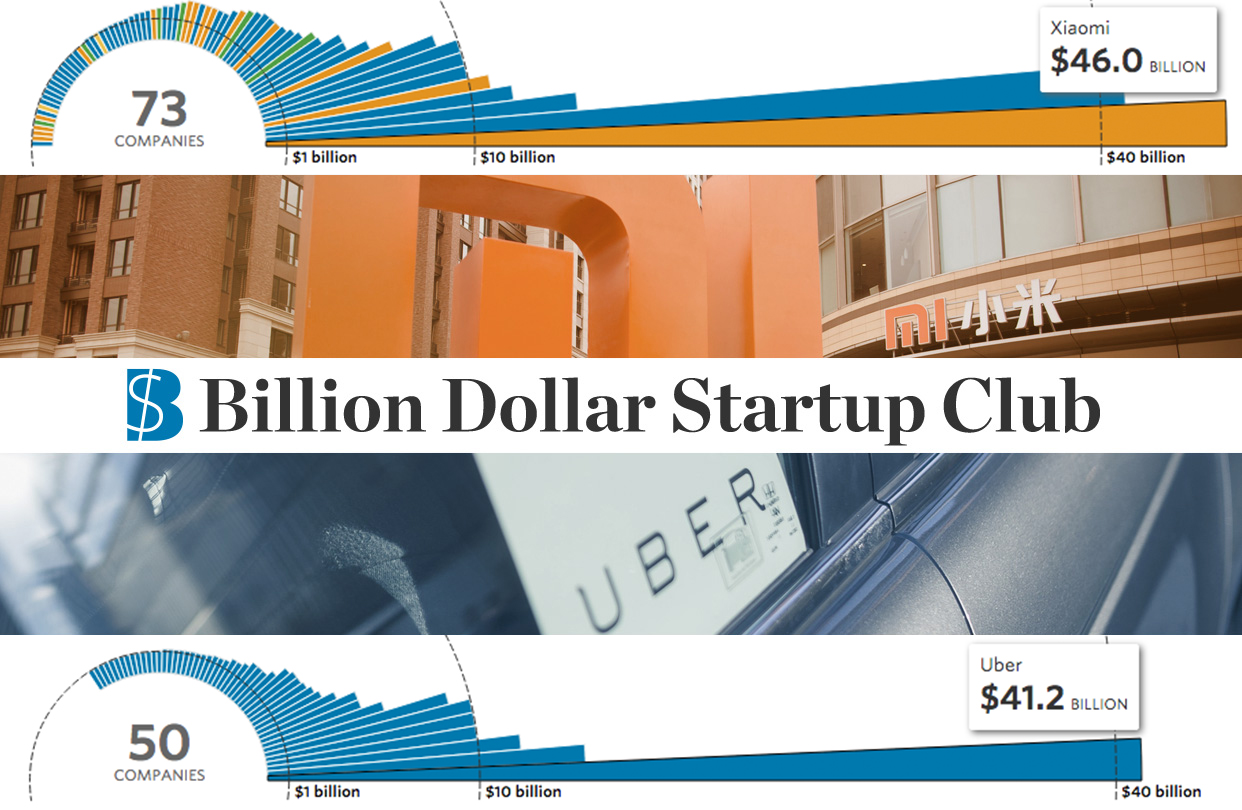 “[Asian companies] can write major checks, and they can move really fast when they are seriously interested,” said Tim Chang, a managing director at Mayfield Fund in Menlo Park, Calif. Mr. Chang noted in particular Masayoshi Son, chief executive of Japan’s SoftBank Corp., who he says has been known to seal an investment deal after a single half-hour meeting. Softbank declined to comment.

Unlike the venture-capital firms they increasingly compete with for deals, these investors aren’t motivated by financial gains. They’re looking for a peek inside the next big thing and to eventually import technology back home, to the countries that together contain the world’s largest Internet audience.

Asian corporations or their venture-capital arms were investors in 86 equity financings of U.S. venture-backed companies in 2014, more than doubling the number of deals they joined in three years earlier, according to Dow Jones VentureSource data.

Of note, Asian companies are wielding more influence in deals. Last year, they “led” 29 U.S. deals involving venture-capital firms, compared with none five years earlier, according to VentureSource. Leading a deal generally involves overseeing the negotiations, bringing in other investors, setting the terms and performing the due diligence—all tasks normally reserved for venture firms.

Alibaba, which had about $21 billion in cash as of Dec. 31, decided to invest in Snapchat less than a year after deal talks between the two parties fell apart. While a global leader in e-commerce, Alibaba still trails its local rival, Tencent, in the rapidly growing area of mobile messaging. It lacks a strong competitor to WeChat, a messaging app with more than 460 million users that also acts as a gateway to online shopping, banking and other Internet services. Alibaba declined to comment about specific deals.

The deal with Snapchat, at a valuation 50% higher than investors paid just last December, gives Alibaba equity in an emerging leader of mobile messaging with more than 100 million users. Alibaba also led a $280 million investment last year in another messaging app, Tango, in a deal that valued that company at more than $1 billion. 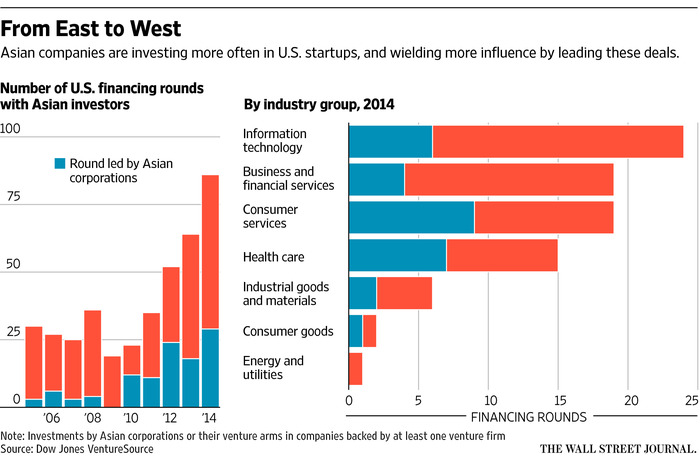 “Definitely, there was strong interest for Alibaba in messaging apps,” said Eric Setton, co-founder and chief technology officer of Tango. “If you’re in China and you see how much impact Tencent’s product, WeChat, has had, you have to be interested.”

To lead its U.S. investment strategy, Alibaba now has a small team based in San Francisco’s financial district. It is led by Michael Zeisser, a former Liberty Media executive, and Peter Stern, formerly an investment banker with Credit Suisse. They have also made investments in Lyft, e-commerce startups ShopRunner and Fanatics and app search engine Quixey.

Speaking at a conference held by Morgan Stanley last year, Alibaba Executive Vice Chairman Joe Tsai said his company is investing in the U.S. in part because that is where tech innovation is happening. According to a person who was in the audience, he said that, in effect, his company is buying a front-row seat to watch these companies so that by the time such products and services reach China, they won’t already be controlled by someone else.

Beyond paying top dollar for startups, Asian tech giants are winning deals on the promise that they can help U.S. startups find a new audience for their services overseas.

“China is really difficult to enter,” said Kent Wakeford, chief operating officer at Kabam Inc., a gaming startup that took a $120 million investment from Alibaba last year at a $1 billion valuation. “It was important for us to align with a strategic partner who understands customer behavior, who understands marketing and distribution and who can help us overcome barriers to entry in the market,” he added

Part of Alibaba’s deal with Kabam included an agreement to distribute its games through Alibaba properties such as UCWeb, its popular Web browser, Mr. Wakeford said.

“I think people have historically thought of corporate investors as ‘the dumb money,’” said Jeff Richards, a partner at GGV Capital, which invests alongside Asian companies. “But I think that is changing.”

Rakuten’s deal with Lyft appears to present an opportunity for both companies. The ride-sharing startup, the top U.S. rival to Uber Technologies Inc., is plotting its first move overseas and was looking for an investor who could help it navigate the expansion, John Zimmer, Lyft’s co-founder and president, said.

Investing at high valuations means Asian companies often take on more financial risk. In 2013, Tencent led a $165 million investment in online retailer Fab Inc. that valued the startup at close to $1 billion. Last month, after the company overspent on marketing and expanded too quickly, it was forced to sell its assets for a fraction of that amount. Tencent didn’t respond to a request for comment.

Mayfield’s Mr. Chang said today’s rush by Asian companies to invest in American startups is equivalent to the flood of Asian money that was spent to buy up U.S. property in the 1980s.

“These Asian digital power platforms want to extend their reach globally,” he said. “They are flush with cash and they want to put it into the digital equivalent of beachfront property.”

—Juro Osawa and Eric Pfanner contributed to this article.

Write to Douglas MacMillan at douglas.macmillan@wsj.com and Rolfe Winkler at rolfe.winkler@wsj.com